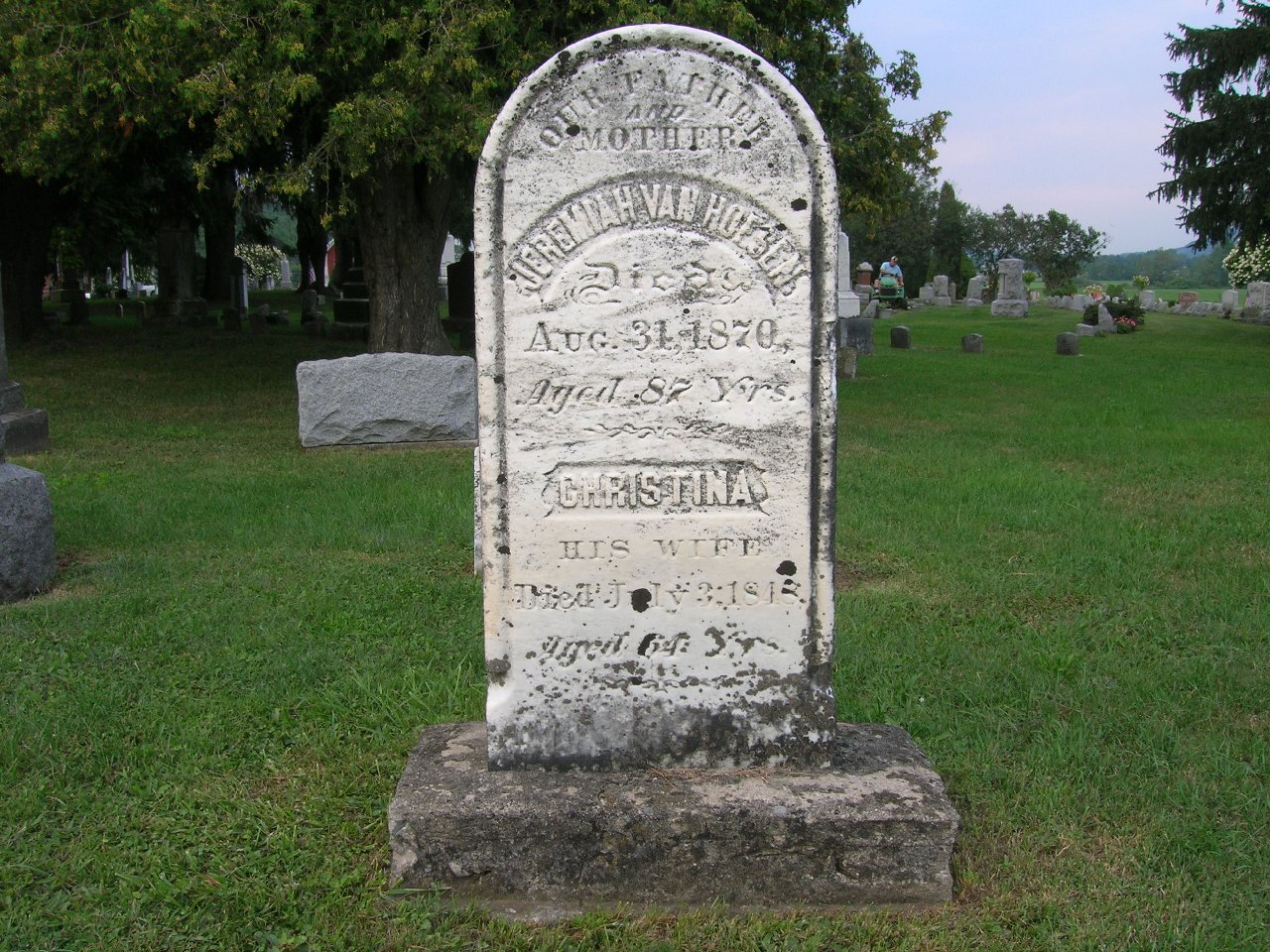 Garritt Van Hoesen and Lana Van Buskirk were the parents of Rachel Van Hoesen. She married Richard Van Hoesen, above. 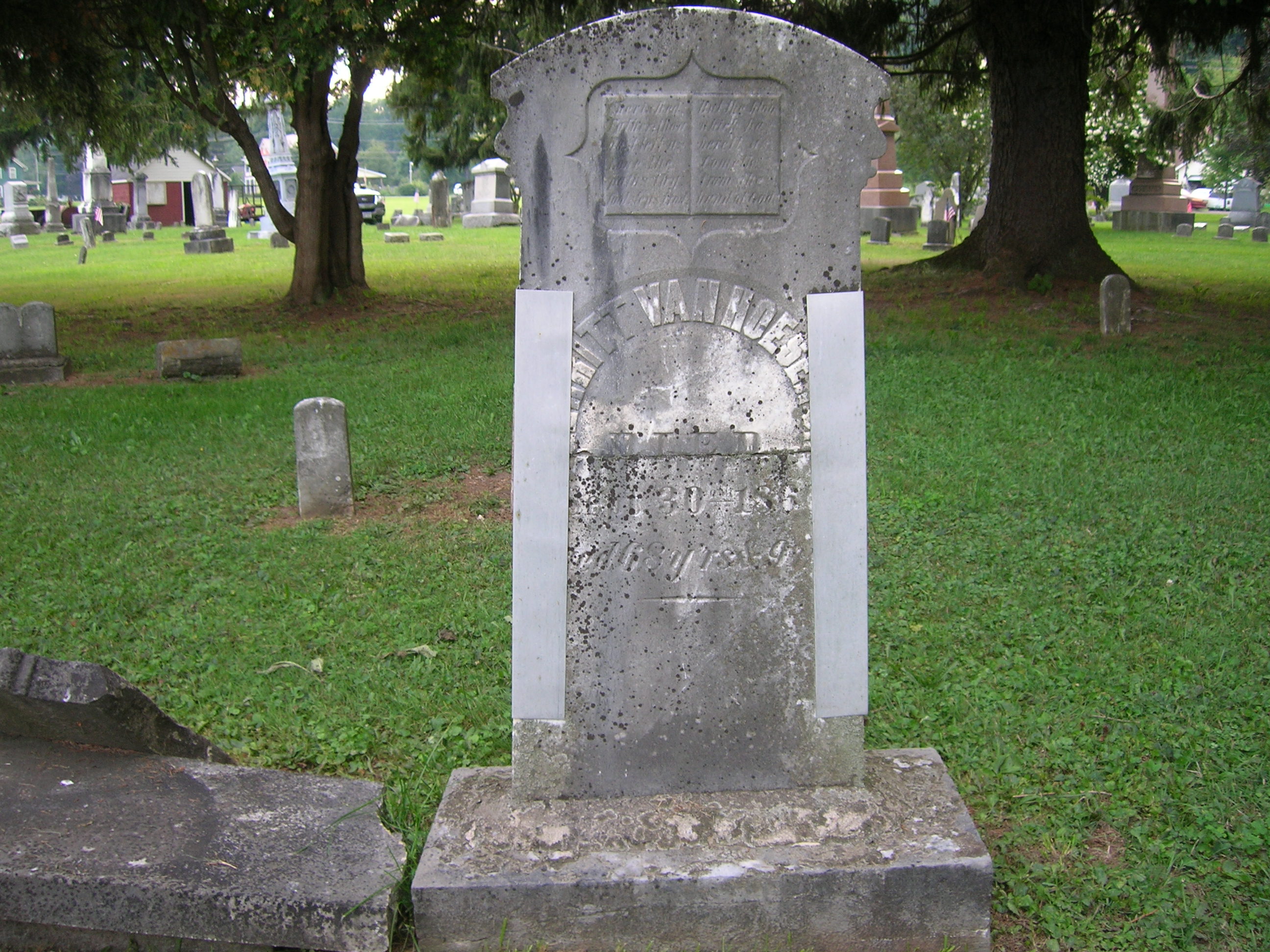 Garritt and Lana's stones. Lana's is damaged and is laying next to Garritt's stone. 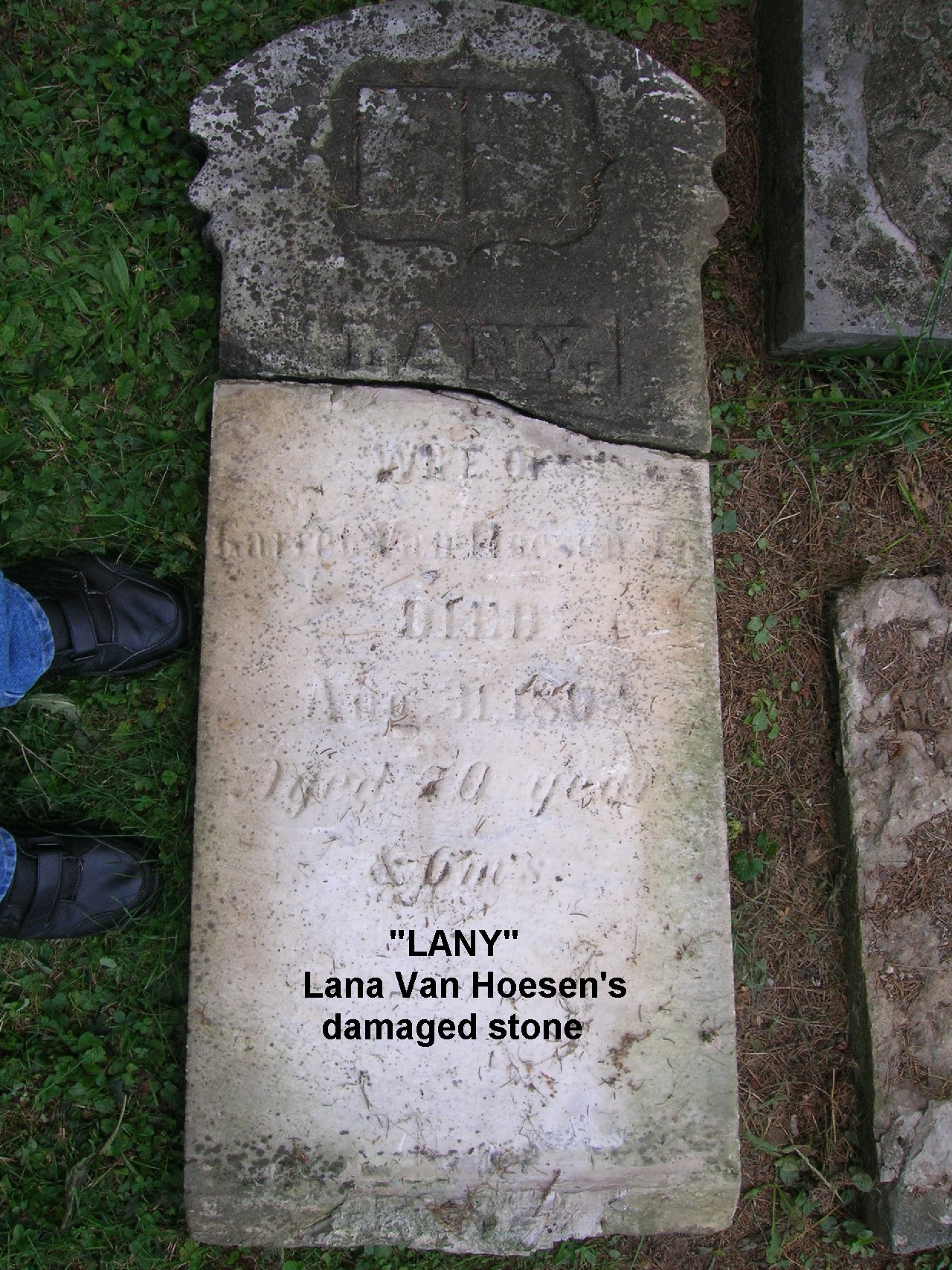 Lana's stone laid out on the ground. Note that her name is inscribed "LANY" in the dark part of the stone

Garritt VanHoesen and Catherine VanBuskirk were the parents of the Garritt who married Lana. Lana and Catherine were third cousins once removed; click this link to see more. 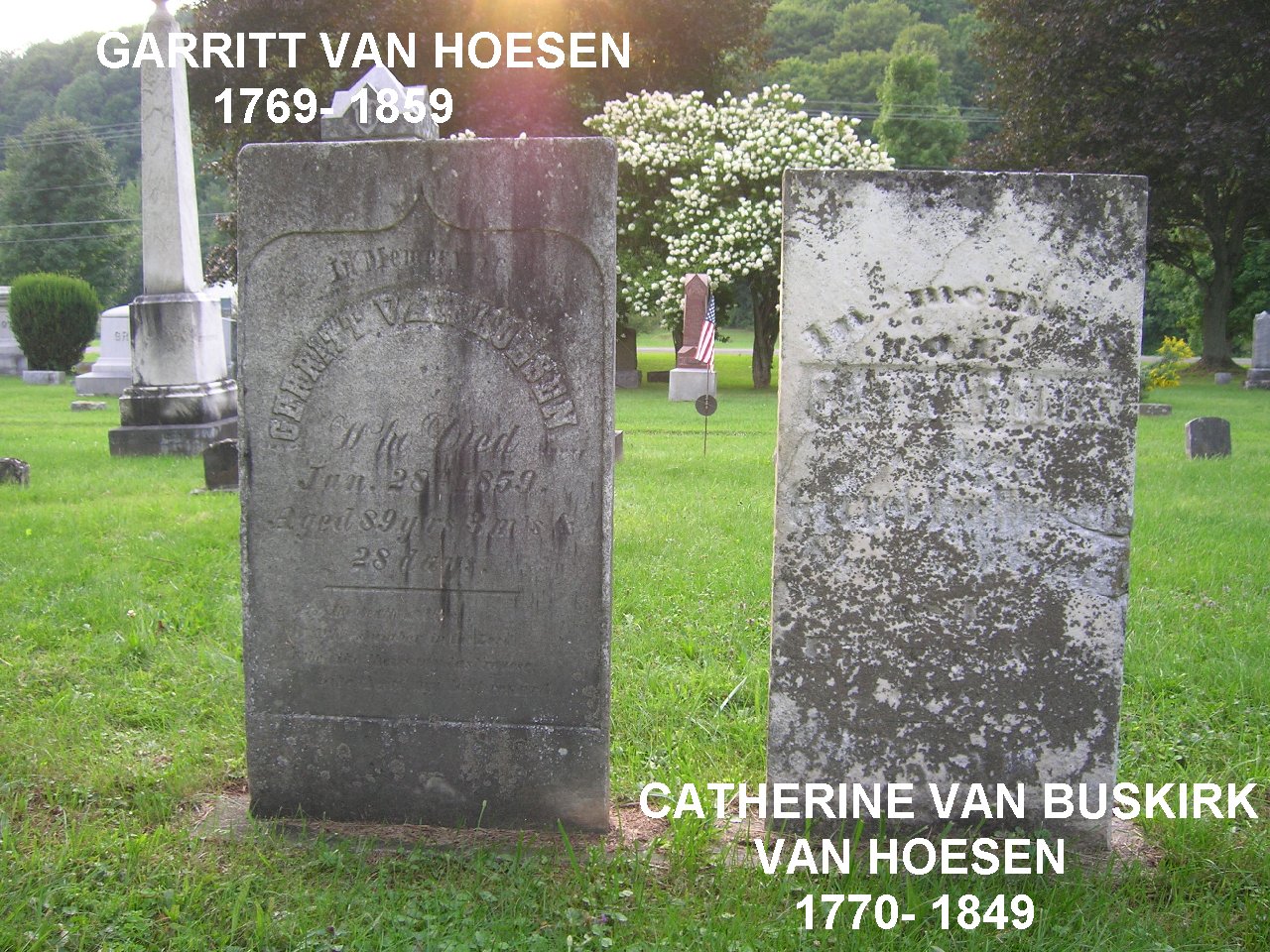 The stones of Garritt and Catherine. 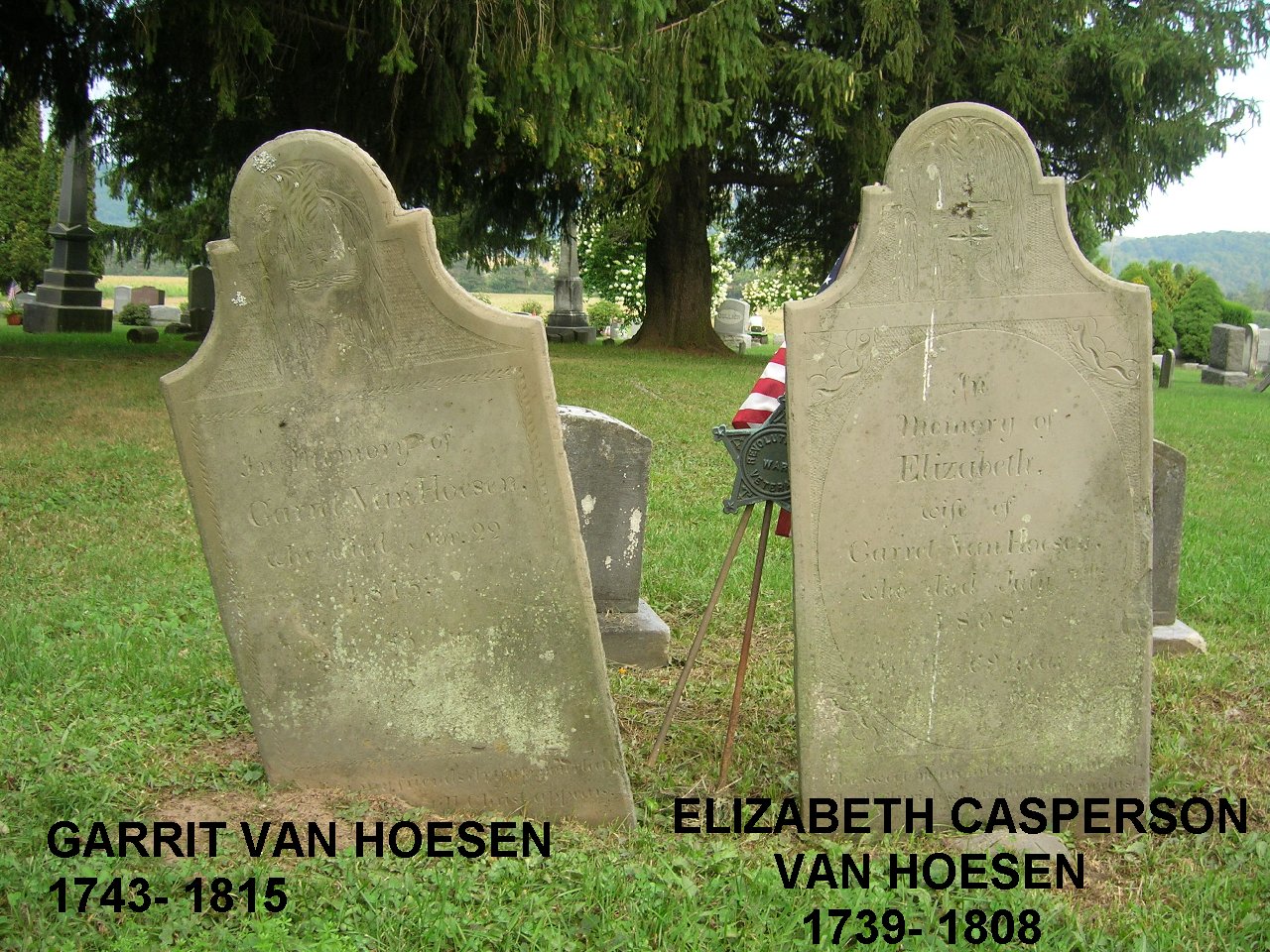 The stones of Garrit and Elizabeth. Various geneaolgy sites report them as being in Preble's "Old Presbyterian Cemetery". This may have been true at one time. The present church building was erected in the 1830s and was the first church in the area. My guess is that people increasingly settled near today's Preble rather than in the settlement that probably surrounded the church. The church building was physically moved into Preble in the 1850s.
It may be that the family re-interred Garrit and Elizabeth in Elmwood at some later date. The old cemetery is now derelict. 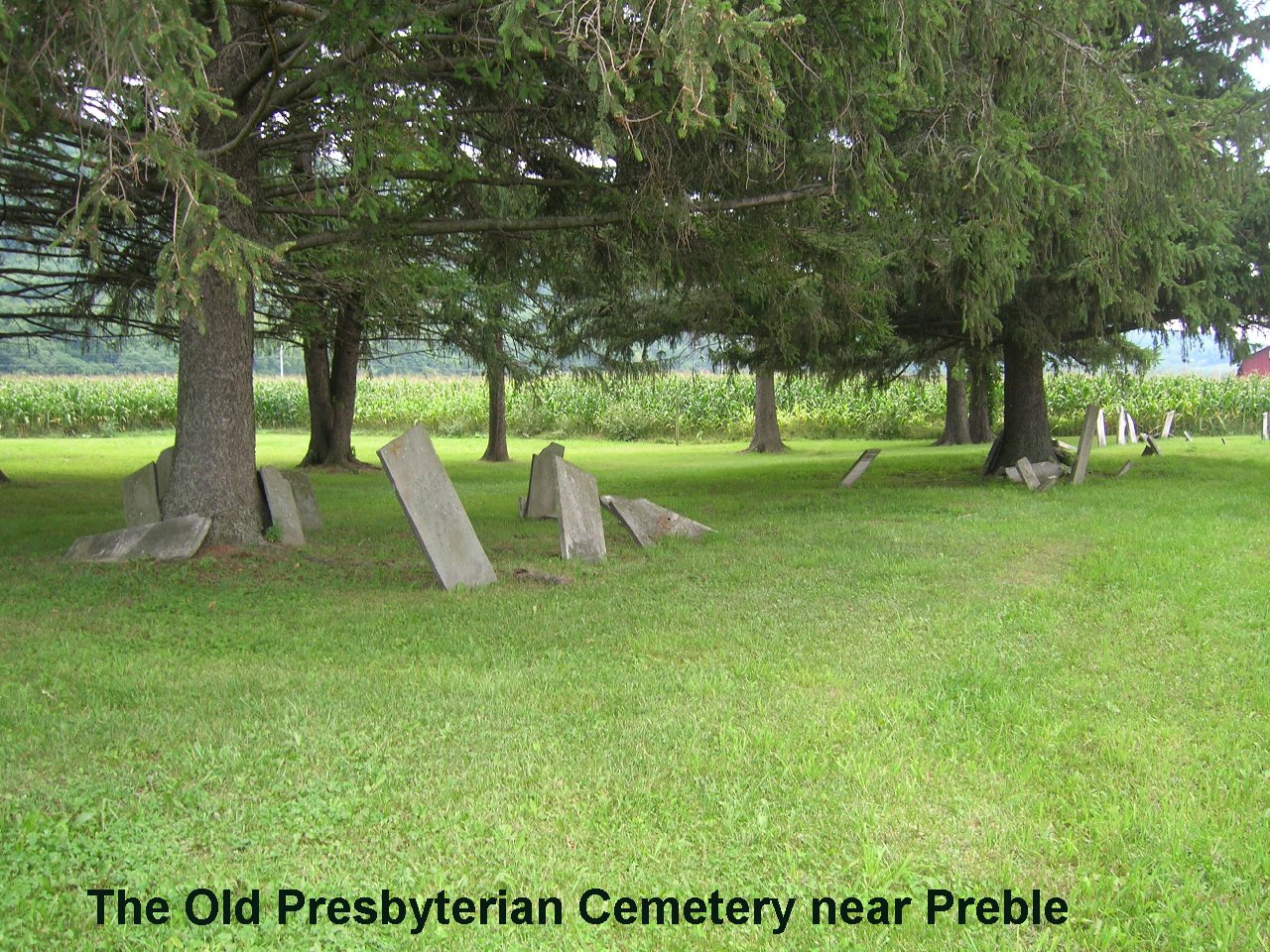 The Old Presbyterian Cemetery in 2011. 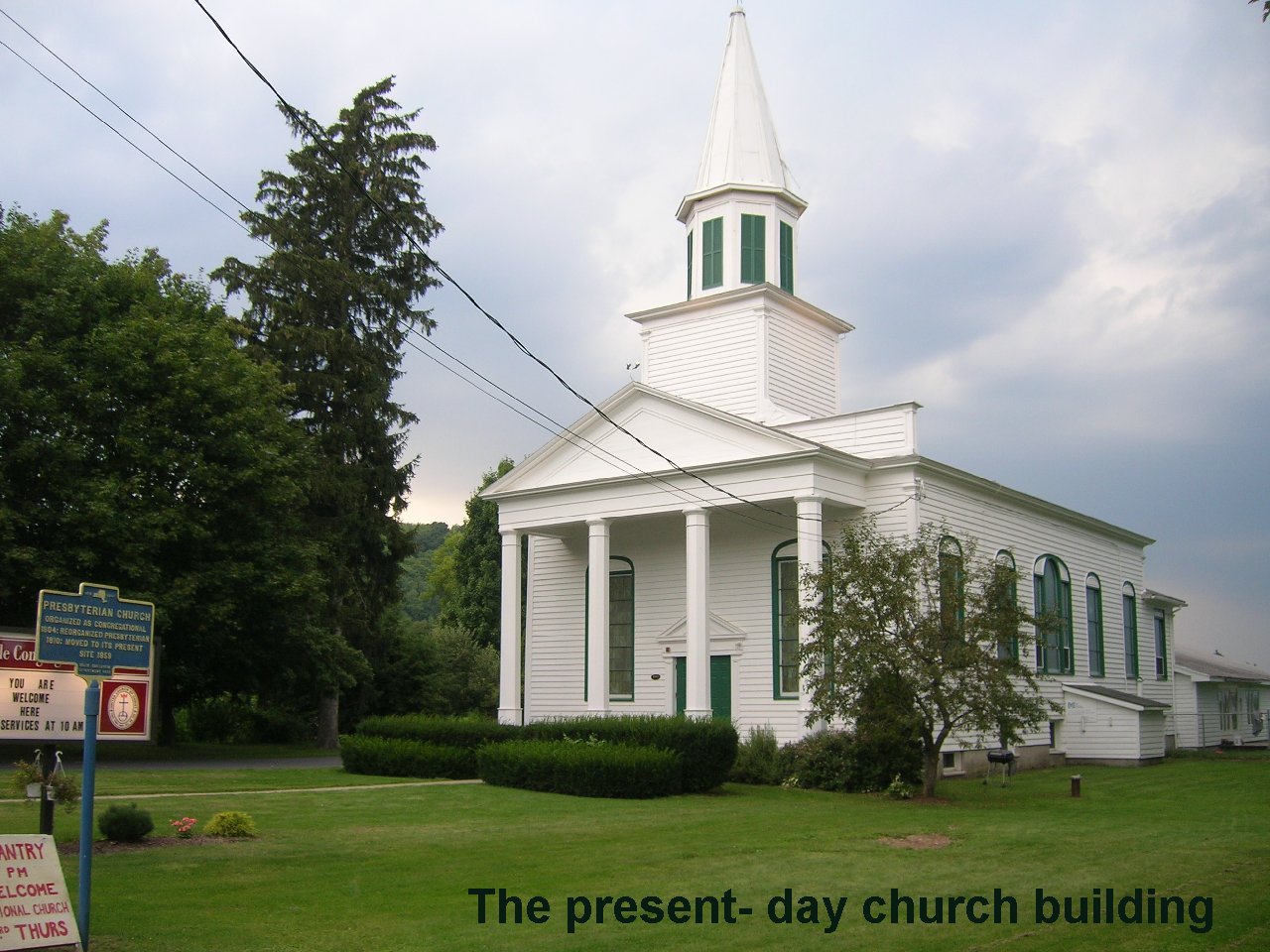 The church building in 2011. State historic markers provide details at both the current and previous sites. The sign in this picture reads "...Organized as Congregational in 1804. Reorganized as Presbyterian in 1810. Moved to present site 1859."

For those who wonder about such things as moving buildings, it was probably accomplished by partially dismantling the structure and then skidding it accross fields or down roads in the winter on snow. Moving buildings was not infrequent.