THE UNION CENTER AREA, 1875
From the Beers Atlas. 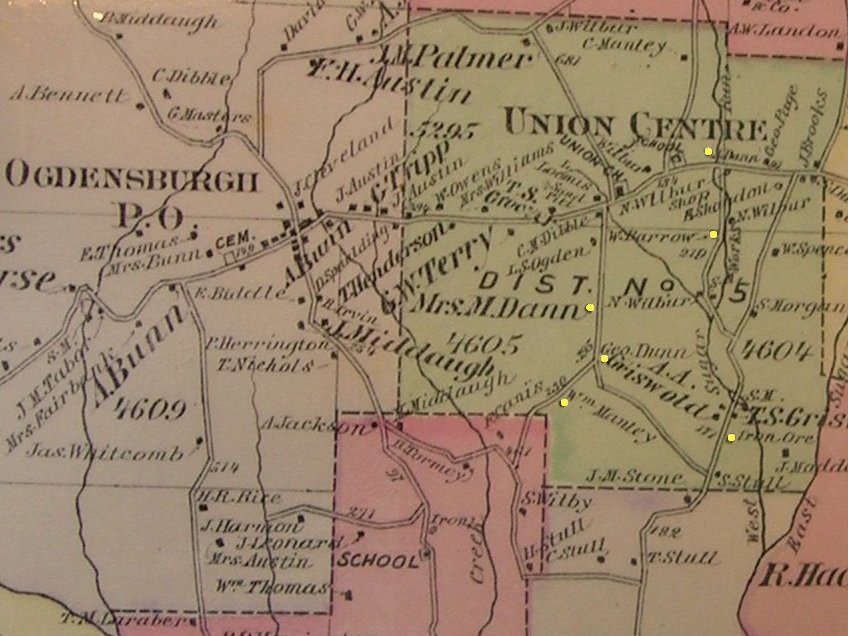 One of the most prominently marked places on this map is the farm of "Mrs M..Dann." I might be speculating a little, but I think that it is significant that it is not listed as "Mrs A.E. Dann" From all the anecdotal information I have ever heard, It seems that Margaret was what we might today call a "tough cookie". Widowed by the Civil war, she took operation of the farm and ran it successfully all her life. When the original house burned in the 1870s, she and her father built a new one. 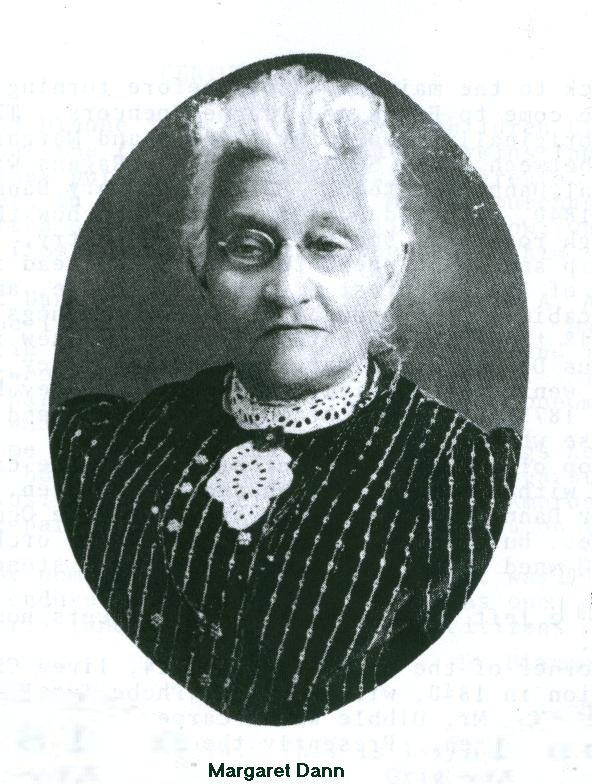 In her later years she signed the farm over to her grandson Ray Barrow. Ray was the second child of her daughter Anna, who died from complications of his birth. Wesley re-married, but Ray was raised by Margaret. Ray's grandson Erwin Spencer and his wife Diane presently operate this farm.

South of the Margaret Dann farm is the farm of William Manley. This is the frame dwelling built by the Philip Dann family in 1854.

At the fork in the road, between Margaret's and the Manley place is George Dann's farm. George was a son of Philip.

North and east of these three farms is a farm marked Wesley Barrow. This house still stands (2007) and was the home of Margaret's daughter Anna before her death. The purchase of this farm was fronted by Margaret for Anna and Wesley.

North of the Barrow farm is a farm owned by Anson Dann, another son of Philip.

In the southeast corner of the area is a place marked "iron ore", and there are other resources marked, such as sand pits and "SM"s; water- powered saw mills. The iron ore was likely what is presently called "bog iron" and is a poor substitute for the commercial ores that are mined today, but with enough time and the coal from the hills to the north of Union, iron implements could be forged by local blacksmiths.