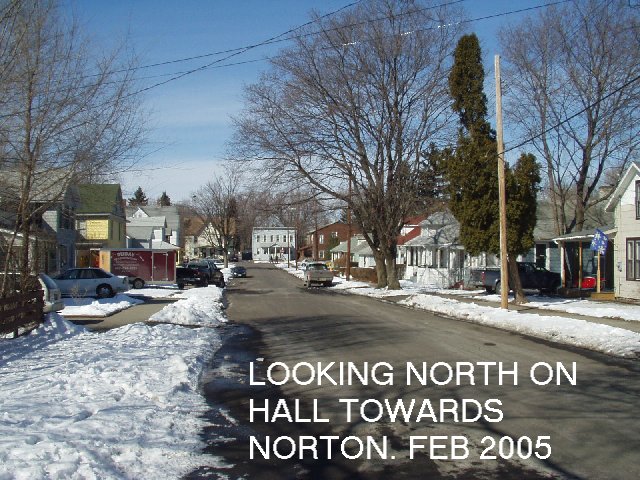 The picture above was taken as noted. The picture below was taken in April of 2008 and shows the house at 363 Norton St. (this house is also visible at the end of the road, above).

The 1900 Elmira business directory shows AJ and several sons occupying the house at "363 1/2 Norton St." Apparently this is one of his houses, and half of it was the family's Elmira headquarters. I still need to search the property transactions to find the other properties he had.

The same directory shows Mr and Mrs Richard VanHoesen Dann at the near-by address of 1004 Lake Street. This area has large houses that look somewhat grander than the house below, but 1004 and houses north and south of it have been demolished and are now the site of a funeral parlor. 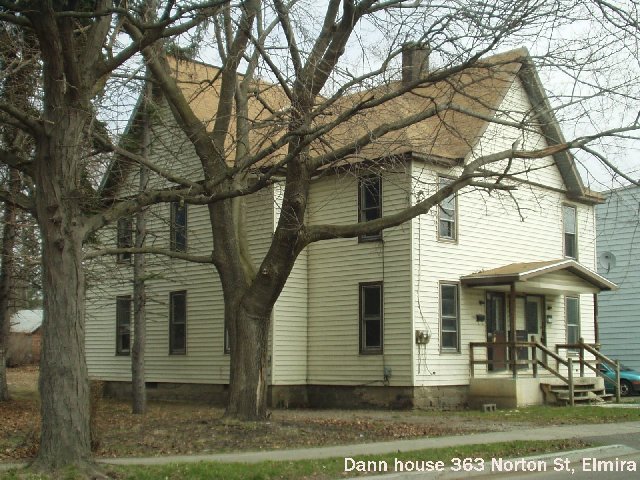 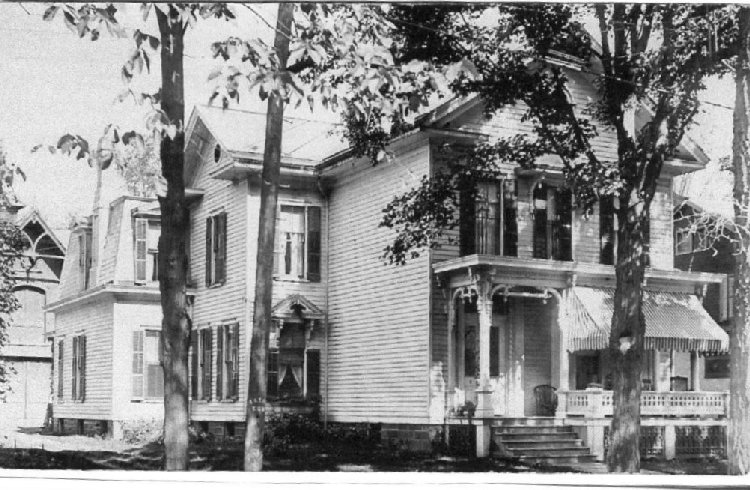 This is a (1950s?) picture of the house that AJ Dann built at 454 West Gray Street, Elmira. This house would probably best be known as the home of AJ Dann's son, Dr. Richard Van Hoesen Dann. It was his residence and his office. Posted further below is an editorial which was published by the Elmira Advertiser upon his death. 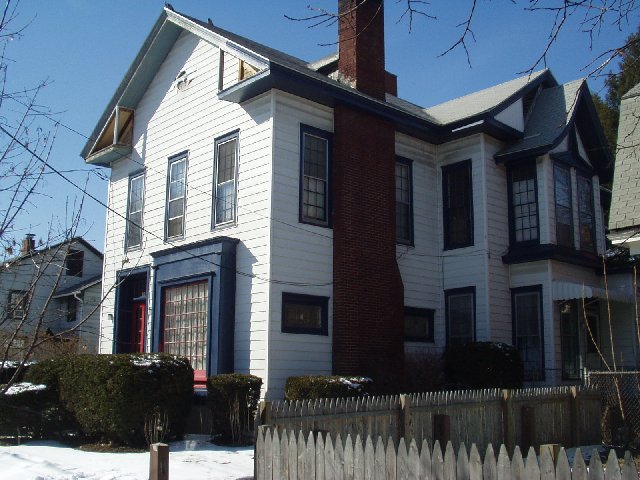 This is the home at 454 West Gray Street, in February 2005. It appears that I caught it with just a bit of its "old self" showing up at the top. It is now a multi- family building, but the area is still quite nicely kept. 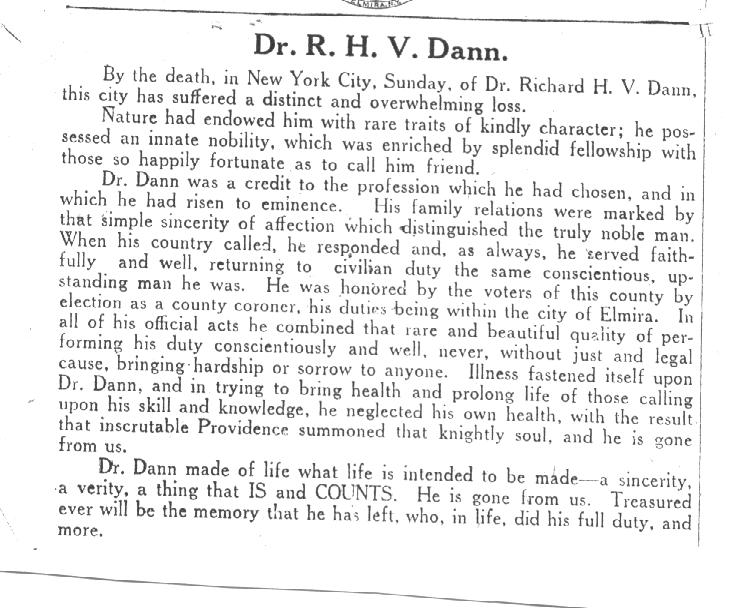 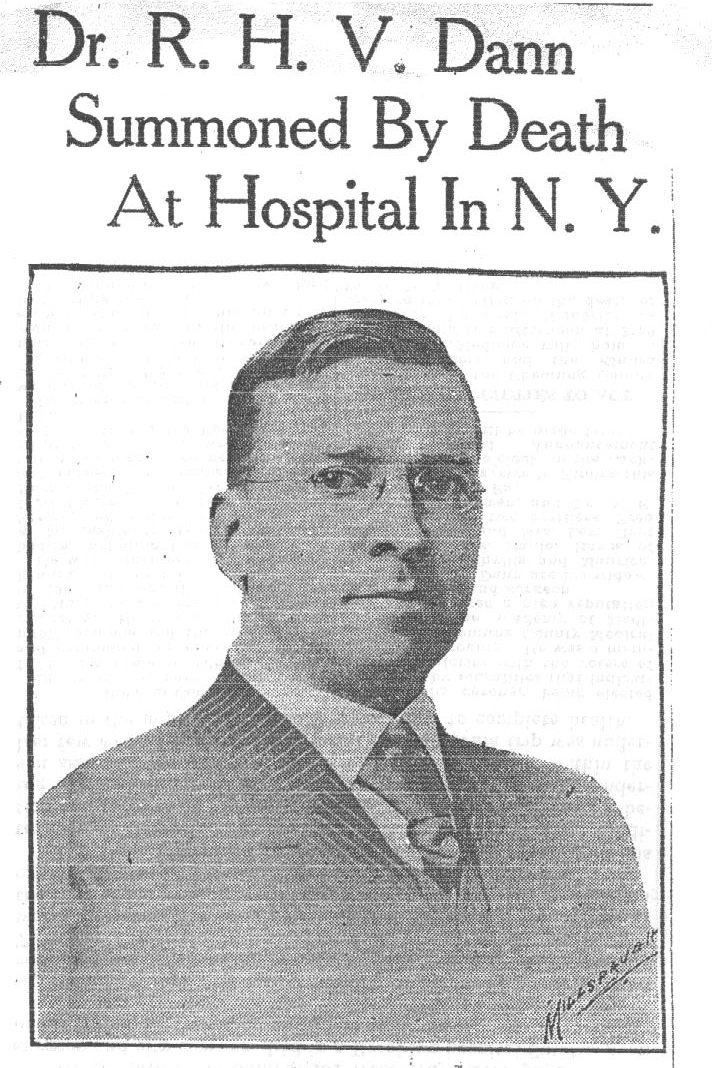